Today we are super excited to share the cover to WINGS, the third and final book in author’s Elizabeth Richard’s BLACK CITY series!

Check out this beauty!

Get the first two books in the series! 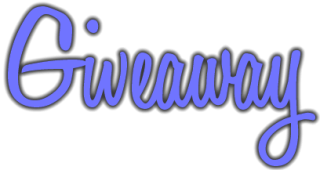 Just last week I posted the cover reveal for book two in the Black City series by Elizabeth Richards. Today, Breathless Reads posted on their Facebook page that Screen Gems has snatched up the film rights to turn Black City into a movie! (Read the whole article from Entertainment Weekly here).
Have you read Black City? What did you think? What scenes are you most excited to see play out on the big screen?

What the Back of the Book Says: The much anticipated second book in the enthralling Black City series
Engaged to be married, Ash and Natalie are just starting to build a life together, when things in the United Sentry States go from bad to worse. Ash and Natalie find themselves at the center of the turmoil when dictator Purian Rose threatens Natalie’s life unless Ash votes in favor of Rose’s law—a law that will send Darklings and other dissenters to a deadly concentration camp known as the Tenth. Ash can’t bring himself to trade Natalie’s life for those of millions of Darklings. The only way to save everyone is to escape Black City and find the Ora, a powerful weapon that could take down Purian Rose for good. But fleeing the city and finding this weapon is easier said than done, if it even exists, and becomes a quest that could tear Ash and Natalie apart, even pushing them into the arms of others.
My Thoughts: I’ve had Black City on my TBR list for awhile now, and unfortunately haven’t gotten around to buying it or requesting it from the library. I find the covers of both books in this series to be wonderful and intriguing, and if I saw them on the shelf at Barnes & Noble I’d likely pick them up just because of the cover alone before even reading what they were about.

The colors chosen in the cover are fantastic, and I love the fire in the red feather with the city in the background, and the feather shadowing it and the water.

What do you think of the cover?