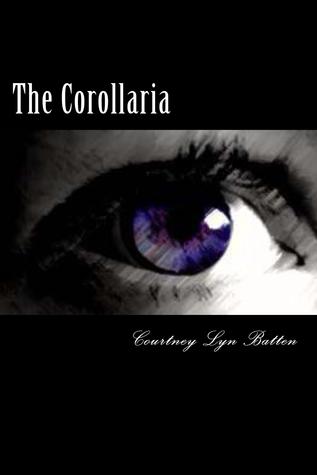 Release date: February 2nd 2013
Purchase: Amazon
Synopsis via Goodreads:
Emily has always felt like there was more to her parents’ mysterious death, more to her being sent to live with the Lyall’s when she was fifteen. And definitely more to her inexplicable infatuation with Luke, the Lyall’s youngest son.
Luke can’t help but be drawn to Emily. She has these perfect blue eyes, unlike any he’s ever seen. And he feels a fierce need to protect her. Suddenly, one night, changes everything. He feels conflicted about his feelings and his destiny, as he and Emily are suddenly plunged into a strange new world.
Fast paced and action packed, a romance between Emily and Luke begins to take shape just as they are thrust into an ancient war, caught in the crossfire of bloodlust, revenge and love.
About the Author 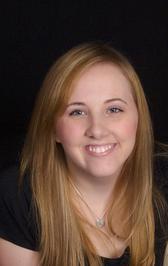 Courtney grew up in Texas where she still lives with her husband, their two kids, and two dogs. She was studying to become a teacher and has graduated in May 2013.
Courtney loves to read and write love stories. She has an obsession with books, and owns far far too many.
courtneylynbatten.blogspot.com

There was an ache. A gnawing, raw, festering ache that burned in her belly. Her head pounded, her limbs were sore and heavy. Emily laid prone, face first in a pile of pillows on what felt like a soft plush bed. She ran her fingertips over the smooth cool unfamiliar silk of bed linens.  She slowly began to drift more into consciousness. Panic and fear rose up inside her as she tried to open her eyes and raise her head.

Emily was startled by a man sitting in a large ornate red chair. The dark wood that framed the crimson fabric curved up and out and reminded her of a painting she’d once seen in her Aunt Lucinda’s house. The man looked like he was in his mid-forties, with flecks of gray in his inky black hair. His skin was pale, and his eyes were dark and serious. And trained on her. His clasped hands rested under his pointy chin.

If it wasn’t for the faint deathly smell that hung in the air around him or the bone-chilling knowledge of what he must be, Emily thought he could be considered handsome, distinguished even.

Vampire. That word made her shiver.  She wasn’t even sure how she knew. But after seeing Curtis last night, after feeling his unnaturally cold touch, his pale skin and black eyes, his fangs pierce her skin—

She swallowed hard.  Did that really happen?  She stared at this man across from her and wondered for a minute how old he really was.

He stared at her, unblinking, for a long time. His dark ebony eyes silently studied her and his lips pressed into a thin white line.  Emily didn’t move. She could barely expand her lungs enough to breathe.  And it wasn’t just because of the uncertainty that surrounded her, the terror bubbling up just below the surface. The intensity of his stare, the voracious greed she could feel rolling off of him prickled her skin, sent a chill down her spine, and curdled in her gut.

She knew he wanted something from her.

Without warning, the same sharp intense pain that had been aching inside her, stabbed at her as Luke’s face flashed in her mind. Luke, she thought. The weight of his name on her tongue was almost too much to bear.  An emotion she couldn’t even name—longing? fear?—seemed to press down on her chest. She suddenly felt hungry. Hungry for him, for his warmth, his arms. The memory of the feel of his lips on her skin, of his arms wrapped around her, of being pressed up against his chest burned along her skin.

Where was he? What had happened?

Emily nervously cleared her throat, her voice shaky as she asked, “What do you want with me?”

One thought on “BLOG TOUR+GIVEAWAY: The Corollaria by Courtney Lyn Batton”